An undersea volcanic eruption occurred 40 miles off the coast of the South Pacific country of Tonga on Saturday. 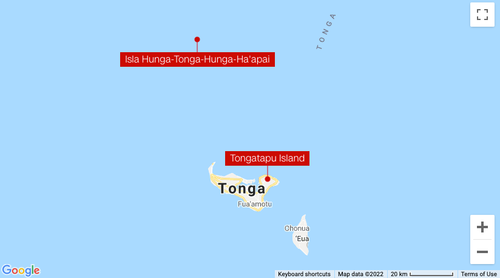 Satellite imagery shows the eruption unleashed a massive shockwave as a plume of ash was flung 12.4 miles into the atmosphere.

US Storm Watch said the eruption was the "most violent" eruption ever captured on satellite footage.

Tonga's Hunga Tonga volcano just had one of the most violent volcano eruptions ever captured on satellite. pic.twitter.com/M2D2j52gNn


Some have compared the eruption to the "Hiroshima" nuclear bomb explosion. 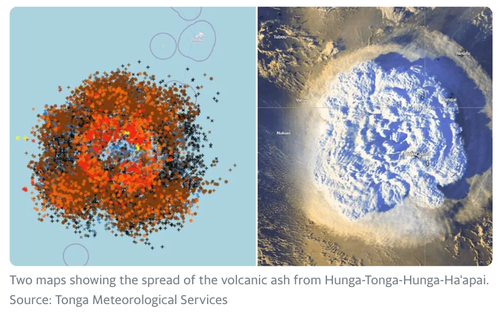 Tsunami videos out of Tonga