The Mystery Of Dark Energy The Mystery Of Dark Energy

Authored by Alex Kimani via OilPrice.com,

"Dark energy is not only terribly important for astronomy, it's the central problem for physics. It's been the bone in our throat for a long time."

More than three years into its quest to solve the nature of dark energy and illuminate the origin, evolution, and fate of our universe, the Hobby-Eberly Telescope Dark Energy Experiment (HETDEX) project remains on track to complete the largest map of the cosmos ever.

HEDTEX, a project by Penn State University scientists, aims to create a three-dimensional map of 2.5 million galaxies that will yield valuable insights into the byzantine puzzle of why the expansion of the universe is speeding up over time, a property attributed to the so-called dark energy.

But first things first, what exactly is dark energy?

Dark energy in an expanding universe 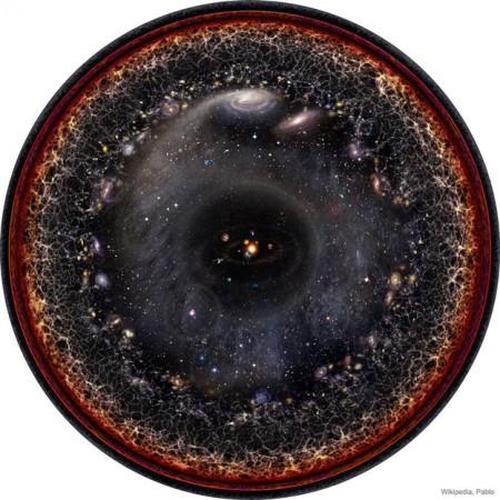 The observable universe consists of three known components: normal matter, dark matter, and dark energy. Dark energy is the most abundant at 68%, with dark energy making up another 27% of the universe while ordinary matter constitutes just 5%.

Today, there is consensus among astronomers that the universe we inhabit is expanding despite the presence of gravity, and that its expansion is accelerating, giving rise to the notion of a repulsive force that astronomers have dubbed 'dark energy,' though the concept has only been around for a little more than 20 years. Generally, astronomers and astrophysicists assign the prefix 'dark' to concepts they have little or no clue about.

Dark energy is the name given to the mysterious force that's causing the rate of expansion of our universe to accelerate, rather than to slow down and go out in a Big Crunch as it ages. That's contrary to what one might expect from a universe that was birthed by an event like the Big Bang.

Back in 1917 when Albert Einstein came up with the general theory of relativity that laid the foundations of the Big Bang and the universe as a whole, he and most leading scientists were convinced that the cosmos was static and non-expanding. Einstein introduced the Cosmological Constant to help explain why the universe was not collapsing under the attractive force of gravity.

It wasn't until 12 years later when Edwin Hubble discovered that the universe is in fact expanding, with galaxies farther away from our planet moving away faster than those that are closer. The model of a static universe was finally abandoned, forcing Einstein to quickly modify his theories and come up with two new distinct models of the expanding universe, both of them without the cosmological constant, just a year later.

However, it would be decades later--1998 to be precise--before astronomers discovered that the universe was dominated by dark energy and not normal matter as earlier thought.

More than two decades after the discovery of dark energy, astronomers remain in the dark regarding what it's all about.

However, several theories have been advanced to attempt to explain dark energy.

Ironically, Einstein's previously abandoned cosmological constant is one of the frontrunners, which modern-day physicists describe as vacuum energy.

"The vacuum in physics is not a state of nothing. It's a place where particles and antiparticles are continuously created and destroyed. The energy produced in this perpetual cycle could exert an outward-pushing force on space itself, causing its expansion, initiated in the big bang, to accelerate," says Penn State University Associate Professor of Astronomy and Astrophysics, Donghui Jeong.

Clearly this is a massive discrepancy that could necessitate a reworking of the current theory.

Another possibility: Einstein's theory of gravity is wrong from the get-go hence leading to erroneous conclusions.

Nonetheless, the cosmological constant in the form of vacuum energy remains the leading candidate that explains dark energy.

Obviously, mapping 2.5 million galaxies is no mean undertaking and requires quite a bit of elbow grease. This is not made any easier by the fact that whereas other comparable studies measure the universe's expansion using distant supernovae or a phenomenon known as gravitational lensing, HETDEX is focused on sound waves from the big bang, called baryonic acoustic oscillations.

Luckily, HETDEX has secured more than $40 million in funding and a set of more than 150 spectrographs called VIRUS (Visible Integral-Field Replicable Unit Spectrographs), that gathers light from far-away galaxies into an array of some 35,000 optical fibers where it is split into its component wavelengths.

Another perk: HETDEX is the first probe to try to do a whole lot of spectroscopy and then figure out what they will see by observing broad swaths of sky instead of specific, predetermined objects, meaning they will end up collecting an insane amount of data. Who knows, that treasure trove might yield unexpected insights that might help mankind in its quest to eventually colonize the universe. One person dead in shooting at Canada’s...