Back in 2019, around the time it was creating laughable charts such as this one... 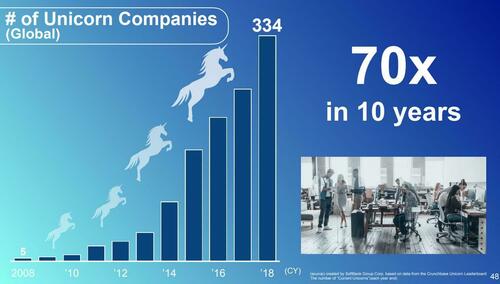 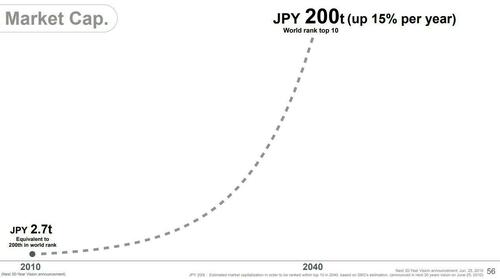 ... we asked if Japan's SoftBank was the Bubble era's "short of the century" (and if, by extension, Masa Son was this generation's biggest financial charlatan).

Well, three years later, and one remarkable "bubble -bust" cycle later which has seen the stock go nowhere in three years despite having 16 buy ratings, 3 holds and 0 sells... 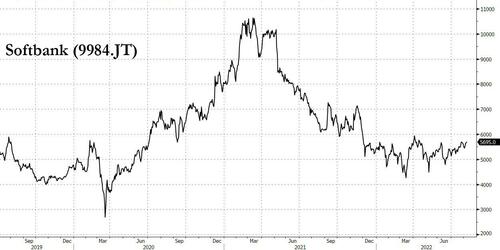 ... that question is as pressing as ever, after this morning SoftBank posted a record loss for the second straight quarter as market turmoil further spread across its portfolio of technology stocks.

In an unusually downbeat press conference, which even the world's most overhyped investor, Masayoshi Son, described as "depressing",  the SoftBank CEO admitted that his famously aggressive global investment strategy should have been more selective, and said he was "ashamed of myself for being so elated by big profits in the past" - which of course is a euphemism for 'bubbles', since none of SoftBank's stocks are actually, you know, profitable - and said he will will undertake "significant cost reductions" at the Vision Fund including layoffs.

The Japanese investment group reported a net loss of 3.16 trillion yen ($23.4 billion) in the April to June quarter, compared with 762 billion yen in net profit for the same period a year ago. The losses were steeper than the previous quarter's 2.1 trillion yen. More remarkably, the loss was twice as large as the company's 1.57 trillion yen in revenue! 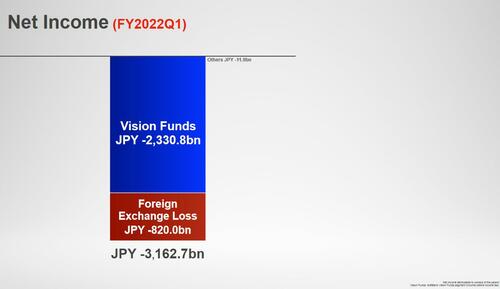 "Unfortunately, the amount of investment has been greatly reduced," he said. "Since the financial resources are being squeezed, there are too many hunters who make investments. There will be no sanctuaries."

Also gone are the megalomaniacal presentation charts of moronic unicorns and multi-trillion market caps hockeysticks, and instead they have been replaced with much more somber visualization of how the company incinerated 7 trillion yen in cumulative profits in the past year! 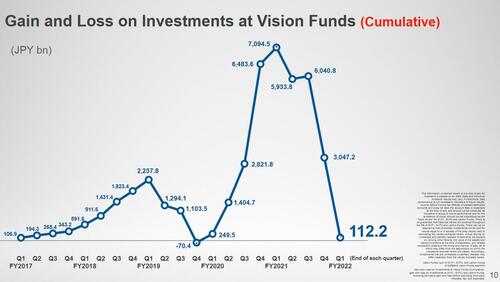 SoftBank reports unrealized gains and losses on its portfolio of more than 300 tech stocks, most of which are managed by its two Vision Funds. In the latest quarter, the two Vision Funds and the Latin America Fund posted a combined 2.92 trillion yen in investment losses.

The share price of some of its publicly listed holdings, such as South Korean e-commerce company Coupang, U.S. ride-hailing company Uber Technologies and U.S. food delivery operator DoorDash, tumbled amid a global sell-off in the stock market. Some of these stocks have recovered in recent weeks.

But lest anyone think Masa Son has learned a lesson in humility, think again: because at the very front we find a slide in which Masa compares himself to Shogun Tokugawa. 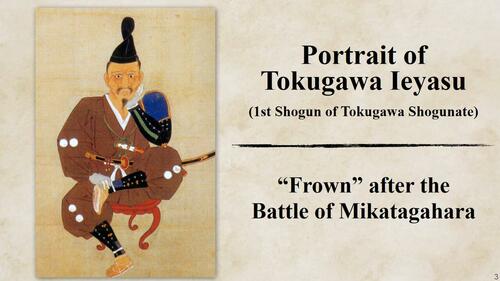 Furthermore, since its investments have been absolutely catastrophic and the company itself creates zero organic value, the only way the company's stock is not much, much lower is because of Masa Son's relentless buybacks, and this quarter was no different with the company announcing it will buy back up to 400 billion yen worth of its own shares over the next year, in addition to the 1 trillion yen buyback program that runs until November (and which is 70% complete). 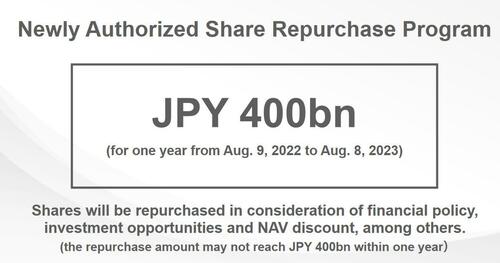 Son, who is SoftBank's biggest shareholder and clearly has a conflict of interest in pushing for even more corporate cash-draining buybacks, has long maintained that the company's stock is undervalued and in retrospect he was dead wrong, and in fact the was and remains extremely overvalued, and not only because it is headed by a tragicomic cartoon character.

Meanwhile, it wasn't just SoftBank shares that have tumbled: shares of some privately held portfolio companies also declined during the quarter. The cumulative investment return of Vision Fund 2, which has a higher percentage of unlisted portfolio companies than the first fund, fell into negative territory by the end of June, according to SoftBank's financial statement. Son warned that shares of unlisted unicorns - private companies valued at $1 billion or more - are "overvalued" compared to listed ones.

"Listed stocks are priced daily, but unlisted stocks are not," he said. "There are still many managers of unlisted unicorns who think they can raise funds at a higher price because their performance has increased compared to the previous round of financing.

"The winter for unlisted unicorns will last much longer [than that for listed ones]." Well, that explains what happened to the unicron chart.

SoftBank also reported an 820 billion yen foreign exchange loss as the yen's decline pushed up the value of its dollar-denominated debt.

To shore up capital amid mounting losses at its investment unit, SoftBank disclosed that it sold its remaining stake in U.S. ride-hailing giant Uber.

As for reducing costs, Son said SoftBank is in talks to sell U.S. investment company Fortress Investment Group, which it bought in 2017 for $3.3 billion. SoftBank said that it sold its Uber holdings at some point between April and July at an average price of $41.47 per share. SoftBank said the average cost per share was $34.50, so the company sold the Uber stake at a profit.

Separately, SoftBank's financial statement does not reflect investment gains or losses in some SoftBank portfolio companies such as China's Alibaba Group Holding, which is classified as an equity method investment. Son has said he prefers to look at net asset value, which SoftBank calculates by adding up the value of the shares it owns and subtracting net debt, as a measure of performance. 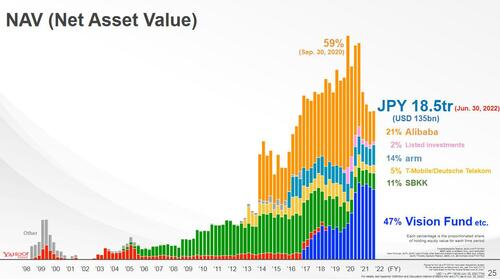 SoftBank, which owns Alibaba shares via subsidiaries separate from the Vision Fund, said it had a 23.73% economic interest in Alibaba at the end of March, down from 24.28% at the end of December. SoftBank struck a series of deals to raise cash by pledging Alibaba shares as collateral. It settled some of these by handing over the shares, resulting in the smaller stake. Son said the arrangements have helped improve the company's cash position.

Reviving the fortunes of its tech portfolio is a major test for Son, who has been transforming SoftBank from a telecommunications group to a tech-focused investment fund manager. Rajeev Misra, one of Son's closest deputies, recently stepped back from his role as the head of Vision Fund 2 to launch a new fund.

The full - and extremely hilarious - fiscal Q1 SoftBank presentaiton is below (link here).