Automation has rapidly expanded in businesses of all sizes to cope with rising wages and labor shortages. Robotics help firms streamline otherwise inefficient tasks and slash labor costs amid an inflationary environment.

Orders for robotic machinery have jumped for automotive, agricultural, construction, electronics, food processing, and warehousing companies. The benefits of employing a robot over a human are now being realized for small and medium-sized companies.

Jose Figueroa, who manages Polar Manufacturing, a small company that produces hinges, locks, and brackets in south Chicago, told Wired that he employed a robot on the production line that costs only $8 per hour versus a minimum wage of $15 per hour for humans. He said the robot has allowed workers to concentrate on other tasks while increasing output. 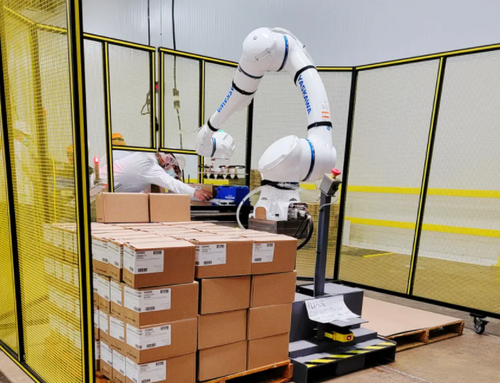 "We're just struggling to get by with the minimum wage increase," he added.

Polar pays $8 an hour to use the robot, making it very affordable for small businesses. The manager expects 25 of these production line robots within five years. As for the 70 employees, he expects to retain them but said robots had made it so that no new hires are needed.

Over the last two years, the virus pandemic has created a shortage of workers and a whole host of inflationary pressures, from wages to transportation to energy costs, squeezing margins and forcing companies to become more efficient and or pass along the extra costs to consumers.

Another small business, called Georgia Nut, a confectionery company in Skokie, Illinois, struggles with labor shortages and employs robots for $8 an hour.

"Anything that can help reduce labor count or the need for labor is obviously a plus at this particular time," Steve Chmura, chief operating officer at Georgia Nut, said.

Companies like Formic make it possible for small and medium-sized firms to reduce operating expenses and increase capacity by allowing them to pay per hour for robots. Renting robots is a gamechanger for smaller companies than outright purchasing one.

Robotics as a service is driving a new wave of affordable automation. This will only accelerate the automation wave (something we've described for years) that will displace millions of workers by the end of the decade.

Ivermectin Could Destroy Justification For...

Is America Heading For A Systems Collapse?