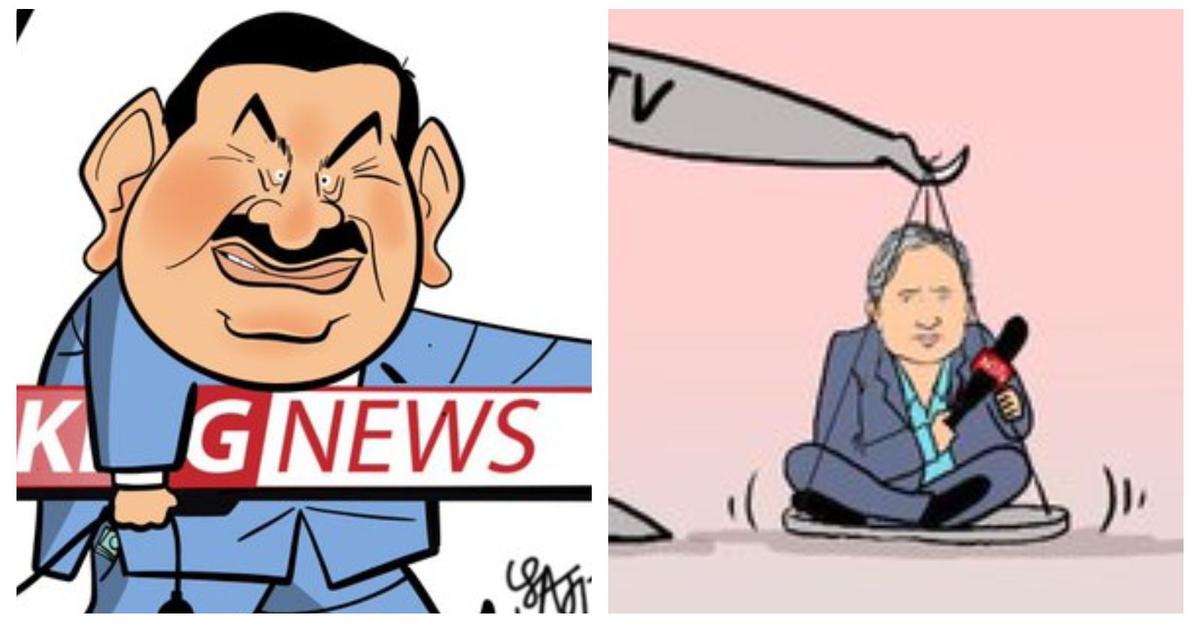 Star anchor Ravish Kumar’s resignation from NDTV India on Wednesday as the Adani Group moved ahead with its effort to take over the news channel prompted a barrage of memes, cartoons and satirical videos bemoaning what many social media users believe is a narrowing of media freedom in India.

“Few journalists have impacted people as much as Ravish,” NDTV said in a mail to its employees. “This reflects in the immense feedback about him: in the crowds he draws everywhere; in the prestigious awards and recognition he has received, within India and internationally; and in his daily reports, which champion the rights and needs of those who are under-served.”

NDTV is seen as the last independent TV news outlet by many users.

Here is a selection of responses from social media users.

Some suggested that Adani had made the purchase at the behest of the Bharatiya Janata Party.

However, with Ravish Kumar’s exist, it would seem like the buyer had made a worthless purchase, suggested Rakesh Ranjan.