While coronavirus lockdowns triggered widespread social unrest and resulted in the worst socio-economic implosion the world has ever seen - Pope Francis is set to reveal his thoughts on what transpired this year in a new book expected to be released next month, according to AP News.

In "Let Us Dream: The Path to A Better Future," ghostwritten by biographer Austen Ivereigh, Francis champions anti-racism protesters while demonizing anti-lockdown demonstrators. He said those around the world who demonstrated against lockdown restrictions reacted "as if measures that governments must impose for the good of their people constitute some political assault on autonomy or personal freedom!"

"You'll never find such people protesting the death of George Floyd, or joining a demonstration because there are shantytowns where children lack water or education," Francis wrote in the new 150-page book. "They turned into a cultural battle what was in truth an effort to ensure the protection of life." 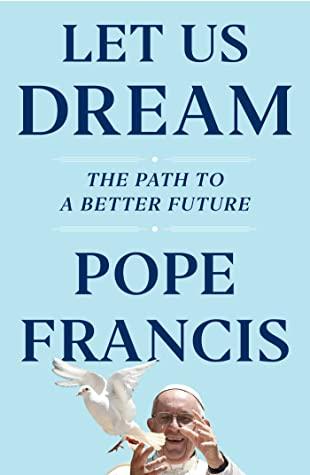 Francis touched on Floyd's police killing that ignited social unrest across almost every US metro area for months. Francis said: "Abuse is a gross violation of human dignity that we cannot allow and which we must continue to struggle against."

However, Francis condemned anti-racism protesters' attempt to erase history by dismantling statues of Confederate leaders. He said there are better ways to create dialogue.

"Amputating history can make us lose our memory, which is one of the few remedies we have against repeating the mistakes of the past," he wrote.

Francis criticized populist leaders who've created buzz among supporters at massive rallies and scapegoats others for their countries' problems. He compared the populist movement of today to the ones from the 1930s.

"Today, listening to some of the populist leaders we now have, I am reminded of the 1930s, when some democracies collapsed into dictatorships seemingly overnight," he wrote. "We see it happening again now in rallies where populist leaders excite and harangue crowds, channeling their resentments and hatreds against imagined enemies to distract from the real problems."

He also said the virus pandemic had become an opportunity for the world to reset. Not too long ago, Archibishop Carlo Maria Vigano warned about a global reset intended to undermine "God and humanity".

Earlier this month, Francis' latest Encyclical "Fratelli Tutti" ("Brothers All") was published and seemed more of a political document than a spiritual guide to the catholic faith. He spoke for a more globalist political system and denounced the global capitalist free market economy.

In the most recent monthly prayer intention, he called all the good Catholics of the world to "pray that the progress of robotics and artificial intelligence may always serve humankind." Here Is Who Will Get The COVID Vaccine First... Confessions Of A Deprogrammed Trump Supporter
5 When Boom Turns Into Crack-Up Boom