As if the market didn't need more sand kicked in its eye, a rebalance of a major quant strategy could put more technical selling pressure on tech and financial names as they suffer.

Momentum names have been under pressure in the last few days as Value caught a bid... 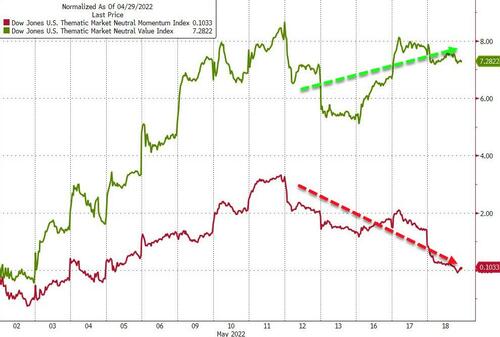 Wells Fargo's Chris Harvey estimates that a whopping 75% of the smart-beta product’s holdings will be turned over in favor of sectors that gain from elevated inflation like value and energy, at the expense of technology names.

At the same economically sensitive companies like banks will likely be slashed in favor of defensives like health care.

“Our preliminary estimates indicate a wholesale renovation,” Harvey wrote in a note. 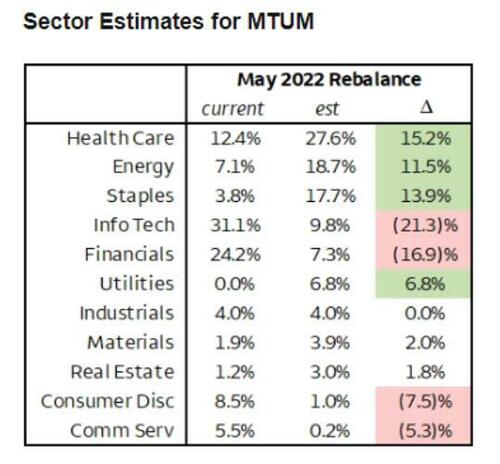 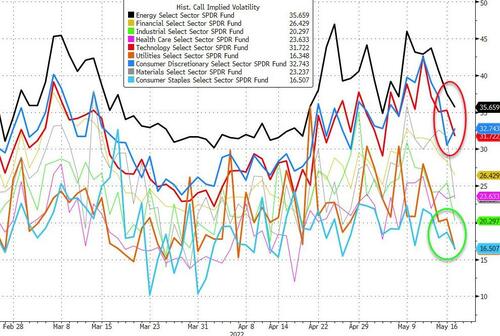 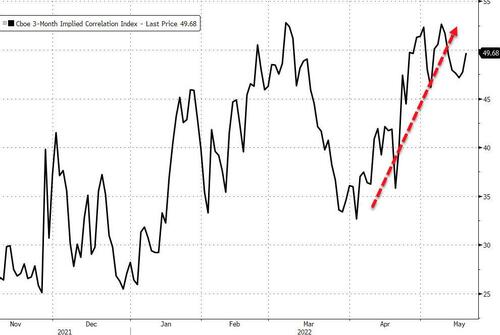 But given that VIX has not been rising dramatically, this suggests a notable dispersion among the individual names (or sectors) is already occurring.

Finally, we consider what happens next? Last year's rebalance followed a similar path into the shuffle, then ramped after... 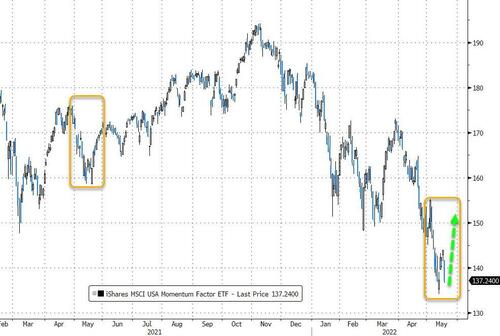 We could see a similar reaction as traders reach for something more 'stable'.

“Post-rebalance MTUM will have a lot in common with low-volatility funds, based on our analysis, with an expected 56% of MTUM’s projected weighting falling into the lowest-volatility quintile of the Russell 1000,” Christopher Cainand Athanasios Psarofagis wrote in research last week.

Is this the turning point in Energy vs Tech... just like at the DotCom Bust? 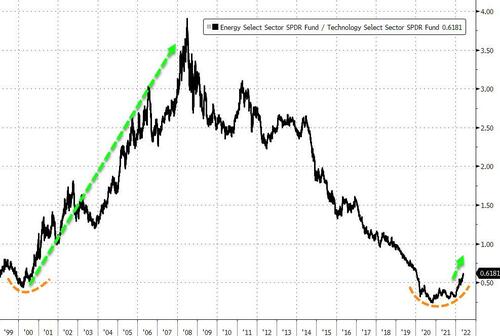 But, given the relatively strong correlation with the broad market, it is likely more a relative, than absolute, bet to buy the momo dip.

Goldman Is Quietly Handing Out A "Recession...