The last time we checked in on the burgeoning feud between Apollo co-founders Leon Black and Josh Harris, the former was accusing the latter of engineering a campaign of media manipulation to sow lies about Black in the press. Clearly, having suffered immense reputational harm from his relationship with Jeffrey Epstein (whom he paid a princely 9-figure sum supposedly for tax-related guidance), Black is looking for a scapegoat. And while Black had previously only alleged that his former business partner had been plotting against him, now he's apparently taking these allegations even further by alleging that Harris had been "trying to destroy me". 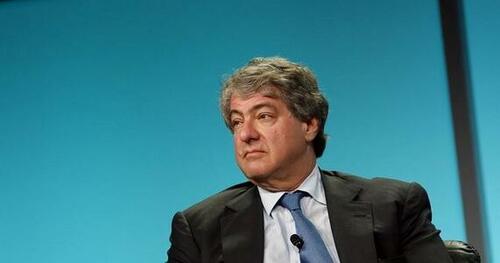 To wit, Bloomberg reports that Black has now officially added Harris to a lawsuit he filed in October against his former mistress, Russian model Guzel Ganieva.

Even more importantly, details in the expanded complaint offer new insights into the battle between the two for control of Apollo, a struggle that ultimately led to both men being ousted, while the firm wound up being managed by a third co-founder, Marc Rowan.

Black accused Harris of attempting to organize "a coup" against him.

"While the amended complaint made for an interesting read, it changes nothing: These allegations are desperate and completely false," a representative for Harris said in a statement Monday. It added that Harris has never met or spoken with Ganieva or her representatives and "had no involvement of any kind" in the filing of her claims.

As Black tells it, Harris - seeking leverage - tried to challenge a report produced by law firm Dechert which found that Black paid Jeffrey Epstein $158 million for tax advice, while not engaging in any wrongdoing. The maneuver unfortunately backfired, but Harris was undeterred. He later conspired with Geneva and PR whiz Steven Rubenstein to “assisnate [Black’s] character and extort even more from him,” Black’s lawyers said in a filing.

The lawsuit even referenced Shakespeare's "Othello", a classic tale of revenge.

"Like Shakespeare’s Iago, enraged by being passed over for promotion, he turned his wrath on his mentor and leader," Black's legal team wrote of Harris in the filing. “Harris convened a veritable war cabinet of advisers to take on the founder, the report, and Apollo itself - his very own company."

The lawsuit refers to the ever expanding "war council" that drew in other business and public relations executives, also naming Steven Rubenstein, whose firm has long worked for Apollo performing media relations, as a defendant.

In a response, Harris insisted that he had been "upfront" with Black about his concerns about the Epstein relationship.

"Josh Harris shared with Leon Black the same concerns voiced by many of Apollo’s shareholders and limited partners about Mr. Black’s deep and extensive relationship with Jeffrey Epstein,” according to the statement. “The notion that Mr. Harris was motivated by anything other than the best interests of the company is false - Black’s relationship with Epstein was disqualifying, plain and simple.”

Meanwhile, as Black officially adds Harris as a defendant in the suit, at least one MSNBC reporter noted that Black had quietly removed Wigdor, the firm representing Ganieva against him, from the suit.