Authored by Jason Ditz via AntiWar.com,

The Israeli Air Force has resumed, after a two-year pause, what is being described as "intense" drills to practice attacking Iran’s nuclear sites, a move that likely would start a major war.
This comes just days after a report that the Israeli government approved a $1.5 billion budget increase for the military explicitly to pay for preparations to attack Iran. Defense Minister Benny Gantz defended the spending, saying it is necessary to prepare for the planned attack on Iran. This is expected to include acquiring new planes to participate in the attack. 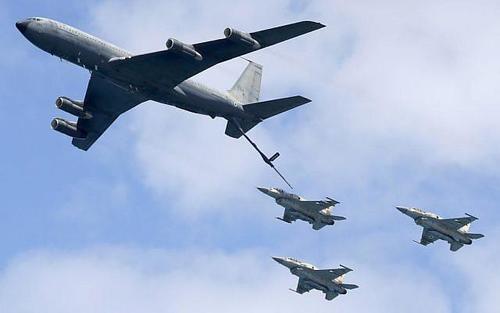 Underpinning Israel’s on-again, off-again planning to attack are decades of efforts to get the United States to attack Iran instead. Usually Israel’s scaling up its own unilateral options is theater to try to pressure the US.
This time, it comes not long after Israeli officials were crowing about Secretary of State Antony Blinken giving lip service to a US military option. This was reported to be exactly what Israel wanted, but now Israel is back to spending on its own war option.
In the grand scheme of things, the Israeli war narrative fuels itself more than anything, trying to feed US policy with alarmist claims and false statements about the months until Iran has a bomb they aren’t even working on.