Democratic Sen. Mark Warner (VA) is set to introduce a bill which would make it easier for social media users to sue tech giants for failing to police posts, photos and videos which threaten abuse, discrimination, harassment, the loss of life or other irreparable harm, according to the Washington Post. 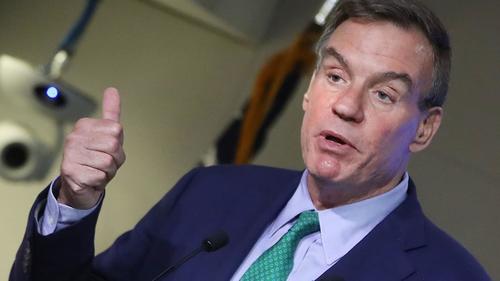 Warner's bill is the latest attack on Section 230, a decades-old federal rule which shields social media companies from liability over what their users post as long as they don't act as publishers - an angle Republican lawmakers have used to claim no longer applies due to editorial discrimination and censorship of conservatives.

Yet, while Republicans seek to strip tech giants of their Section 230 protections, Warner's bill maintains its core provisions - and would instead open an "easier legal pathway" for users to sue over failures to police content that they claim caused personal harm.

"How can we continue to give this get-out-of-jail card to these platforms that constantly do nothing to address the foreseeable, obvious and repeated misuse of their products and services to cause harm? That was kind of our operating premise," said Warner.


Ultimately, it would be up to a judge to decide the merits of these claims; the bill mostly opens the door for Web users to argue their cases without running as much risk of having them dismissed early. Facebook, Google, Twitter and other social media sites stand to lose these highly coveted federal protections under Warner’s bill only in the case of abusive paid content, such as online advertisements, that seek to defraud or scam customers.


“You shouldn’t get immunity from this advertising content that’s providing you revenue,” said Warner, who is introducing the measure along with Democratic Sens. Amy Klobuchar (Minn.) and Mazie Hirono (Hawaii). -Washington Post


Warner's bill comes after a mob of mostly Trump-supporters 'stormed' the US Capitol on Jan. 6 to protest the counting of the Electoral College votes for Joe Biden - many of whom coordinated over social media. And as WaPo frames it, the ordeal raises questions "about the extent to which Facebook, Google and Twitter, and a vast web of lesser-known forums, are properly policing their sites and services."

"I’m going to be very interested to see how the industry reacts to this," said Warner in an interview this week previewing his bill. "It’s going to be where the rubber hits the road. Are they going to pay lip service to reform?"


The incident has injected fresh urgency into familiar calls to rethink Section 230, which intensified last year amid a flood of proposals from Democrats and Republicans seeking to overhaul or repeal the law. In response, the country’s largest technology companies have sought to tread carefully: Facebook CEO Mark Zuckerberg and his fellow executives have signaled an openness to changing Section 230, but the companies have not endorsed the most sweeping proposals that would hold them accountable for their missteps.

In seeking to sketch out his proposal, Warner said its passage could have wide-ranging effects: It could allow the survivors in the Rohingya genocide in Myanmar to sue Facebook, for example, because the social network had been slow to take down content that stoked ethnic tensions. -Washington Post

"If there are going to be victims of platform-enabled human rights violations," said Warner, adding "that should not be thrown out of court."

According to David Brody, a senior fellow for privacy and technology at the Lawyers’ Committee for Civil Rights Under Law, "This bill would make irresponsible big tech companies accountable for the digital pollution they knowingly and willfully produce, while continuing to protect free speech online." Mike Rowe: Americans Are Realizing "The...