The mayor of Washington, D.C., has extended her suspension of indoor restaurant dining through next week’s presidential inauguration, citing “public safety and health concerns.”

The ban on indoor seating was scheduled to expire this Friday at 5 a.m. Mayor Muriel Bowser issued a little-noticed executive directive late Monday night that extends the suspension by one week, until Jan. 22 at 5 a.m.

Restaurants can continue to offer takeout, delivery and outdoor dining. 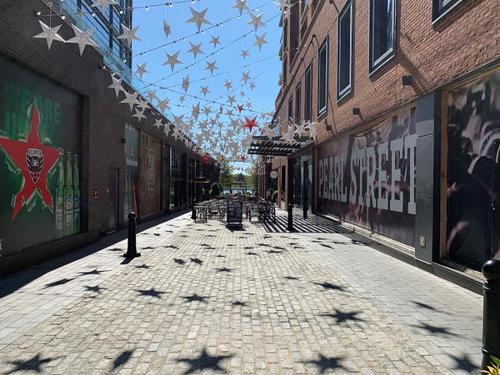 Bowser has already appeal to Washingtonians to stay home during next week’s inaugural festivities, which have traditionally been a boon to local restaurants. The Democrat met Monday with Maryland Gov. Larry Hogan, a Republican, and Virginia Gov. Ralph Northam, a fellow Democrat, about how to safeguard their respective jurisdictions during the swearing-in of Joe Biden as the nation’s 46th president.

“Due to the unique circumstances surrounding the 59th Presidential Inauguration, including last week’s violent insurrection as well as the ongoing and deadly COVID-19 pandemic, we are taking the extraordinary step of encouraging Americans not to come to Washington, D.C. and to instead participate virtually,” the three elected officials said in a jointly issued statement.

Sympathizers with last week’s riot and takeover of the U.S. Capitol have threatened in online postings to descend on Washington again this weekend, according to widespread media and government reports.

Circumstances have prompted the Restaurant Association of Metropolitan Washington to postpone the city’s annual Winter Restaurant Week, which was slated to start on Jan. 18, until Jan. 25.

The mayor’s order issued by Bowser suspends a number of activities within the District. “Even for those activities that are not paused by Order, the Mayor strongly encourages residents to be cautious and to limit their exposure to other people so as to limit the spread of COVID-19,” her office said in a press statement. The order does not mention last week’s insurrection, in which five people died as supporters of President Donald Trump stormed Capitol Hill. It did cite the continued surge in new COVID-19 cases.