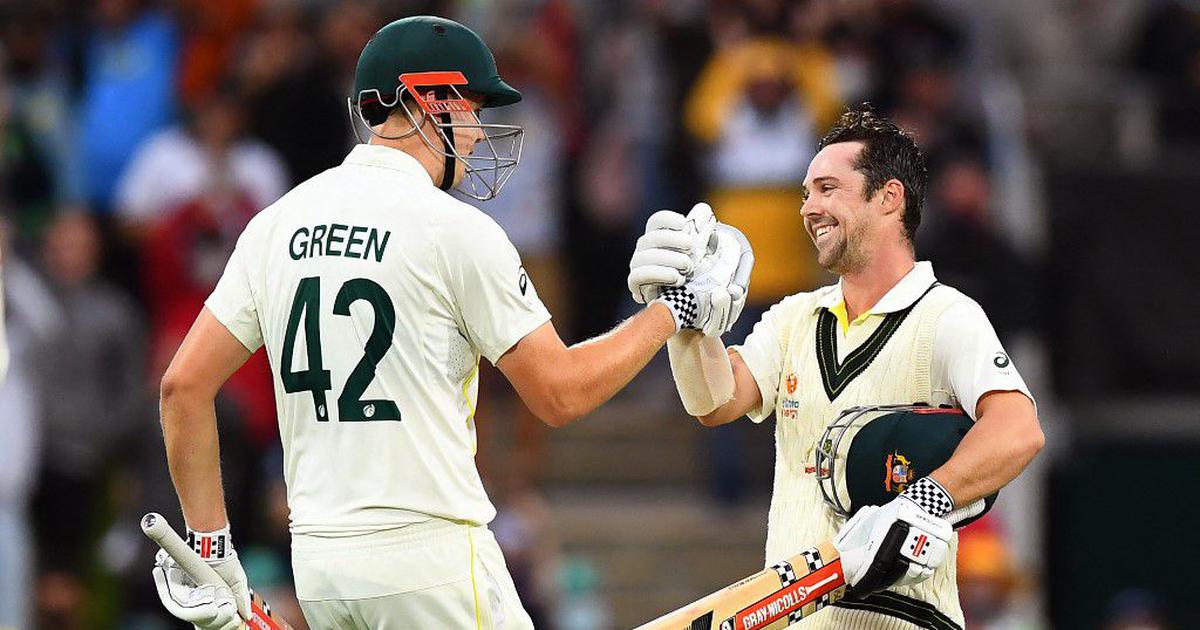 Travis Head scored a magnificent century to put Australia in command at stumps on the first day of the fifth and final Ashes Test against England as rain forced an early close in Hobart on Friday.

At the close of play, Australia were 241-6, with Alex Carey on 10 and Mitchell Starc on zero after being sent in by English captain Joe Root.

Only 7.3 overs were possible in the night session, with a persistent misty rain falling on the ground.

Head came to the crease with Australia reeling at 12-3, but counter-attacked brilliantly to reach his fourth Test century in just 112 balls, with 12 boundaries.

However, one ball after reaching his hundred in the day-night match, he chipped Chris Woakes to mid-off, where Ollie Robinson – who bowled only one over in the twilight session due to back soreness – took a simple catch.

It was Head’s second century of the series, a result he credited to a new attitude.

“I’ve definitely come into the series more relaxed,” he said.

“I’ve definitely come into the series with an attitude and an expectation of what is required, and I’ve been able to go out and express myself in the manner as I see fit.

“It’s nice to contribute as I have been.”